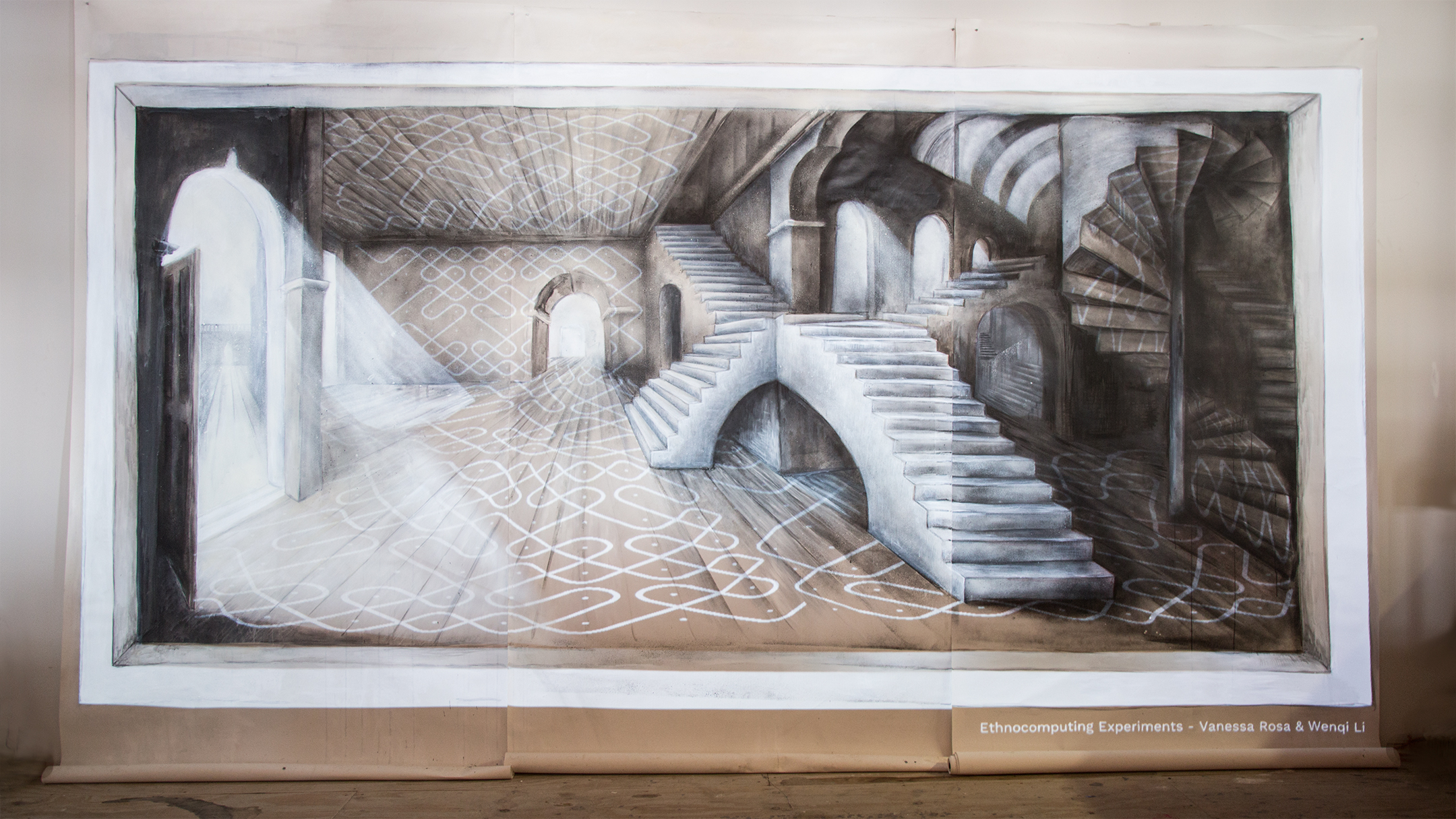 Ethnocomputing Experiments is a work about the mix of two extremely different representational systems, though both are highly mathematical in their approach to line. The main inspiration for this project is the academic work develop by Dutch/Mozambique author Paulus Gerdes, who was a prominent figure in the field of Ethnomathematics. Other great influence is Ron Eglash's work on ethnocomputing and heritage algorithms.

A set of Angolan traditional patterns, known as Sona, from the Chokwe people, are recreated with Processing.

This recreation follows the heritage algorithm embedded in the original patterns, which used to be made as finger drawings on sand - a person would tell a story and draw simultaneously.

The canvas painting is inspired by an early 17 century treatise on Linear Perspective by the Dutch artist Vredeman de Vries. Illusion of depth on two-dimensional surface, based in a linear system of spatial alignment. Developed in 15 century Italy, it is a key concept in western architecture and painting. The 19 century analog camera was still based in the same principles of vision and representation that shaped linear perspective.

Ethnocomputing
Ethnocomputing is the study of the interactions between computing and culture. It is carried out through theoretical analysis, empirical investigation, and design implementation. It includes research on the impact of computing on society, as well as the reverse: how cultural, historical, personal, and societal origins and surroundings cause and affect the innovation, development, diffusion, maintenance, and appropriation of computational artifacts or ideas. From the ethnocomputing perspective, no computational technology is culturally “neutral,” and no cultural practice is a computational void. Instead of considering culture to be a hindrance for software engineering, culture should be seen as a resource for innovation and design. 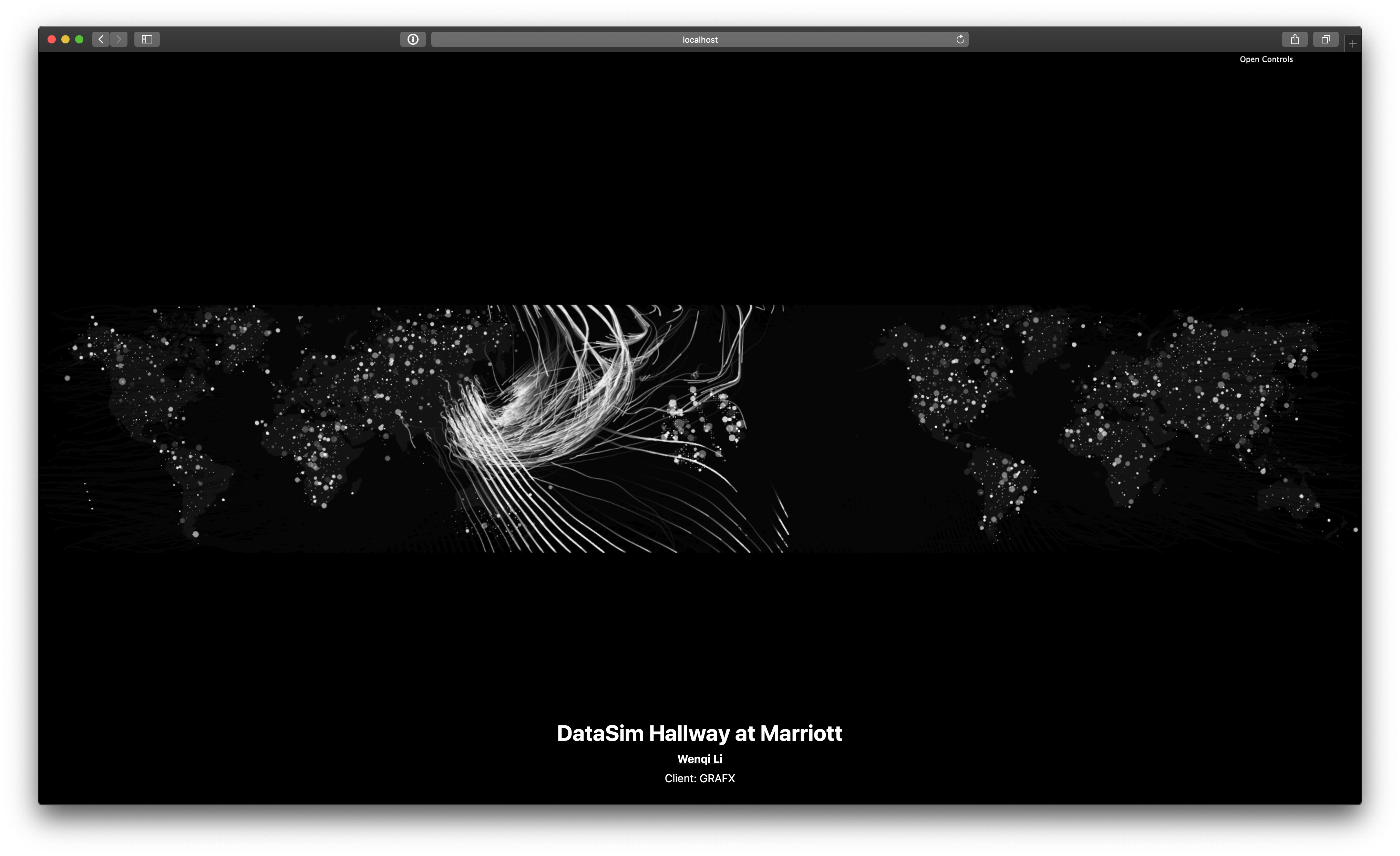 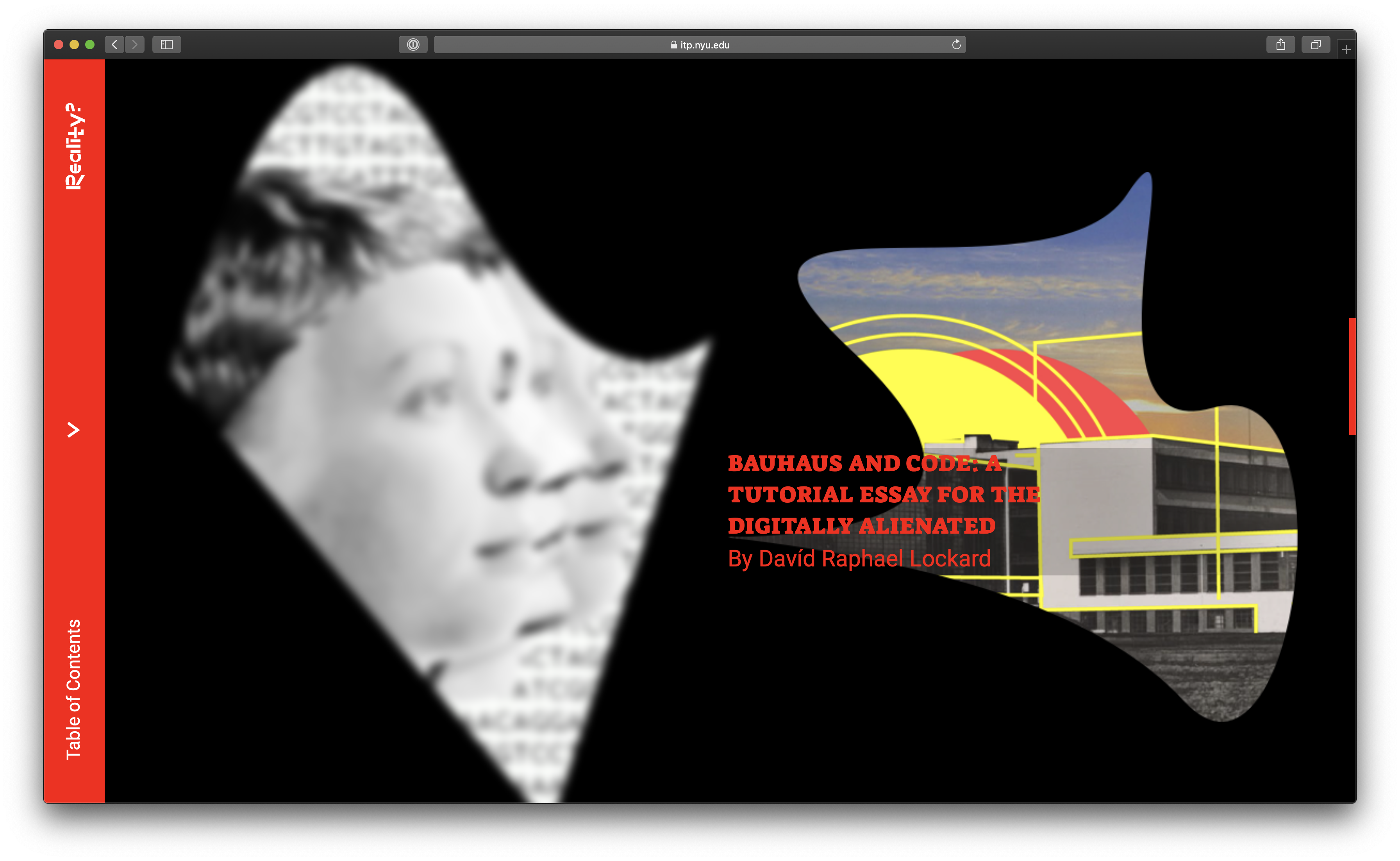